With the spirit of 1992 into the season final

On the occasion of the championship 30 years ago, we designed a special retro-look jersey with VfB Stuttgart. 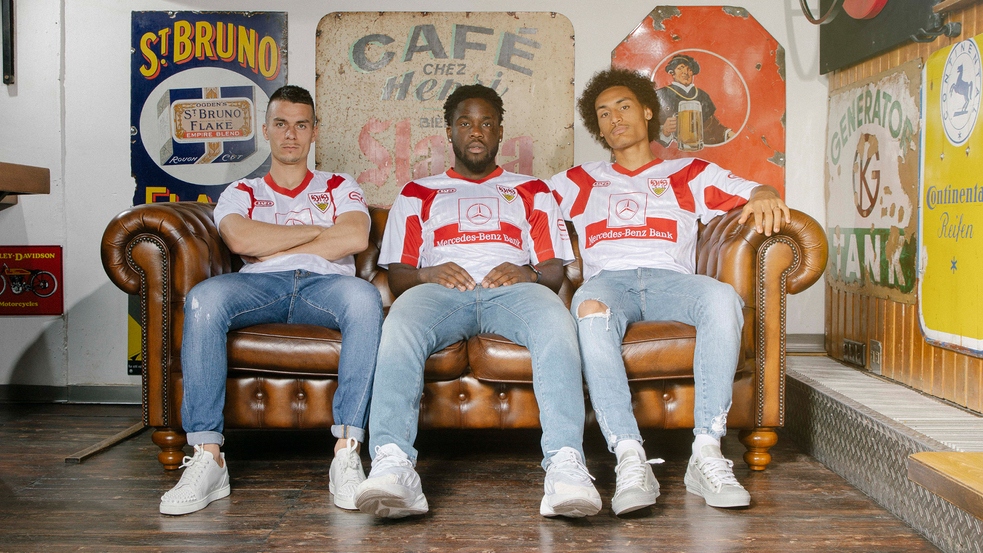 Attention to detail
One of the key elements of the jersey worn by the VfB professionals on 16 May 1992 in the 34th matchday away game at Bayer Leverkusen was the white vertical stripe pattern. The combination of the collar design with the red jags running across the shoulder to the chest area and the red stripes on the sleeve goes back to the actual home jersey of the VfB of the 1991/1992 season. In addition, there is the red box around the sponsor that extends into the chest ring, which also stands for the home jersey from 30 years ago. The retro design is completed with our nostalgic logo "JAKO SPORT".

"We are very pleased to be able to present a special jersey for a special game with our partner JAKO and think the design is very successful," says VfB CEO Alexander Wehrle, "the jersey not only reminds us of the championship 30 years ago, but should also get us through the season finale successfully. VfB special jerseys are already known for this. Last but not least, we have always won in the previous four JAKO special jerseys."

Success story of VfB special jerseys to be continued
The VfB professionals will also wear the jersey as a lucky charm for the last Bundesliga home match of the 2021/2022 season against 1. FC Köln on 14 May at 15:30. Because of the success story of the VfB special jerseys and because of the successful outcome in May 1992. Even if the table constellation is different this time, the last matchday was an all-decisive one back then, too. With the spirit of 1992, VfB therefore also wants to bring the current season final to a pleasing end.

Fans and members can purchase the special 1992 jersey in the limited number of 5,000 pieces in the VfB Stuttgart online shop.