Step back
HomepageNewsblog Northern Macedonia goes to the European Championships
13.11.2020 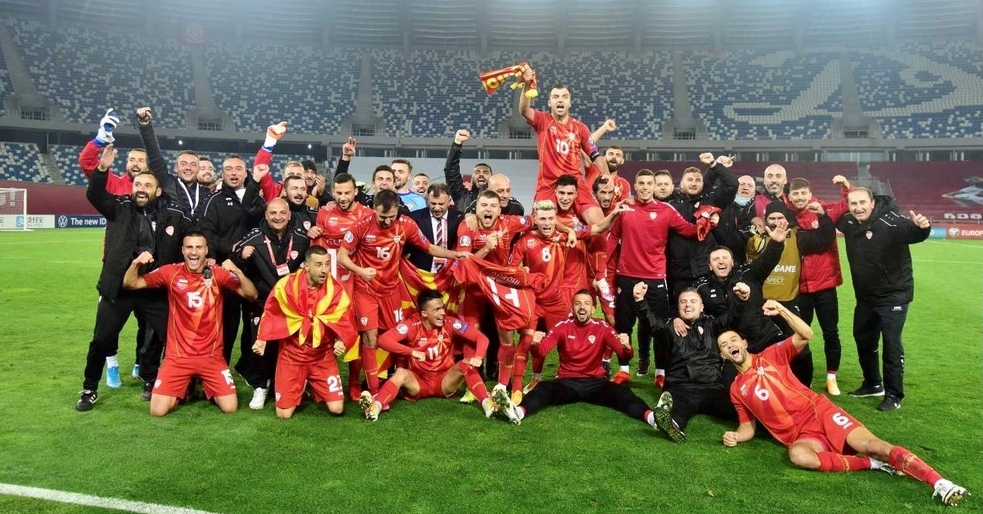 In the first match against Austria
The UEFA EURO 2020 group matches have already been drawn and scheduled. On 13 June, Northern Macedonia will meet Austria in the first group game in Bucharest. Aleksandar Dragovic and captain Julian Baumgartlinger, two players from Bayer 04 Leverkusen - also a JAKO team - will play there.
Baumgartlinger, who leads the Werkself and Austria as captain, says about Northern Macedonia: "We must not underestimate them. Everyone who has qualified via the second way has qualities and can withstand a certain amount of pressure". Ukraine and the Netherlands complete Group C.

A new jersey for the historical appearance
Northern Macedonia has been playing in JAKO since 2013. The current outfit symbolizes the national symbol 'Sun of Freedom' and will now go down in history as the jersey that accompanied the national team on its way to its first major tournament.
For the summer of 2021, fans can already look forward to a new outfit, which we are designing in close cooperation with the Football Federation of Northern Macedonia. Who knows, maybe our team will stay in the competition until the very last knockout game - you can still dream 😉