The Slovenian discus thrower secured the world title with a distance of 71.13 metres. 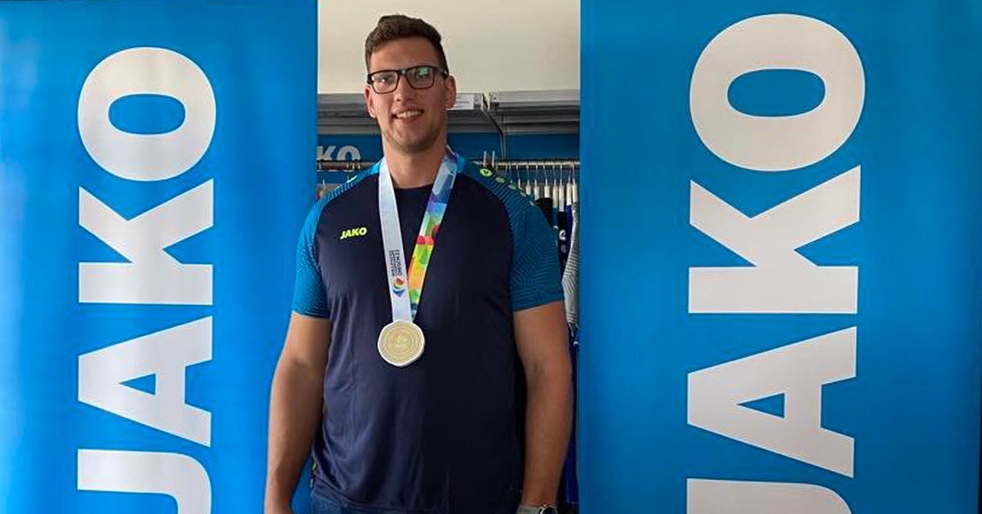 At the World Athletics Championships in Eugene, the Slovenian discus thrower Kristjan Čeh won the gold medal. With a distance of 71.13 metres, the JAKO athlete was unbeatable. The 23-year-old crowned his great season so far with the world championship title in a strong field of participants.

This year, Kristjan has already won 13 of the 14 discus throw competitions and was the favourite at the World Championships. In his third attempt he set a record with a best distance of 71.13 metres. Until now, the longest discus throw at a world championship was 70.17 metres. He was able to improve this by almost one metre.

From 17th to 19th August, the 23-year-old will also be active in Germany when he competes at the European Athletics Championships in Munich.