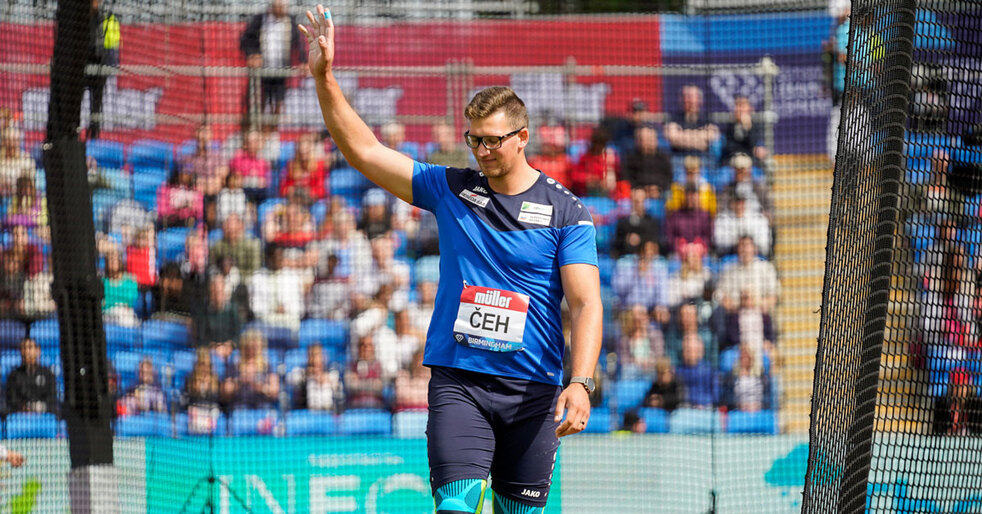 At the Wanda Diamond League meeting in Birmingham, JAKO athlete Kristjan Čeh won first place in the discus throw with 71.27 meters. With this distance in the third round, the JAKO athlete also broke the Diamond League record as well as his own Slovenian record. Overall, it was the tenth longest throw of all time.

Success story continues
Kristjan Čeh made his breakthrough in 2021, finishing fifth in his Olympic debut. In Birmingham, the 23-year-old finally met the three medal winners from Tokyo again - and this time he won.
After the competition, the athlete was surprised by his performance: "It was totally unexpected. To achieve a world best, a national record, a meeting record and a Diamond League record is incredible. Achieving a personal best was my first goal of the season, now I have to raise the bar for my goals."

Kristjan Čeh is equipped with JAKO outfits for training, competition and leisure by our Slovenian partner.

Wanda Diamond League
The Wanda Diamond League is a series of track and field events, each held in different countries. A total of 32 different disciplines are represented there. The Grand Prix in Birmingham, held on May 21, was the second event this year. It continues on May 28 in Eugene, USA.

In his current condition, Kristjan Čeh is one of the favorites.